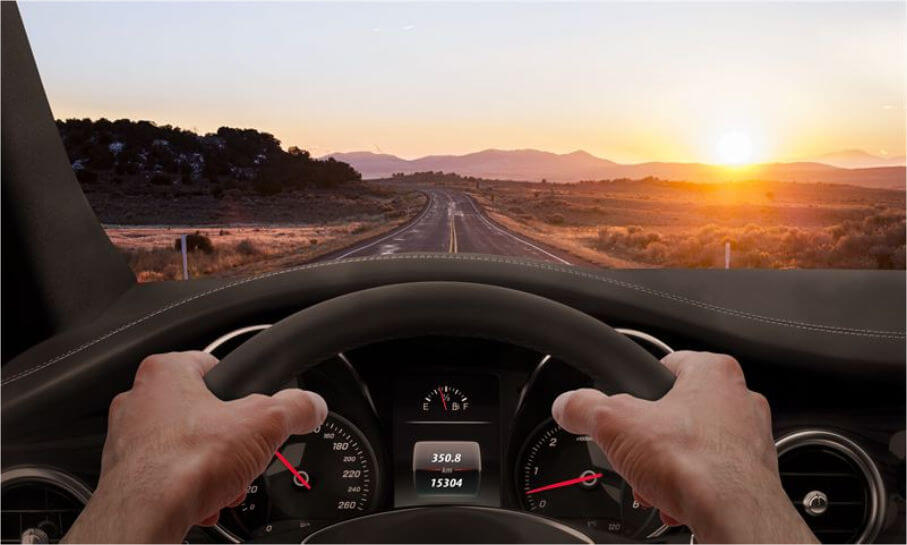 The vast majority of the information we receive from our environment is obtained through our eyes which makes vision our most relied-on sense.

This is particularly true for driving. We need to be able to read road signs and the controls on the dashboard, to judge space and distance, or perhaps to identify a child running out into the road from between parked cars. However, as we get older, our near vision starts to deteriorate.

This natural process is called presbyopia and usually starts around the age of 40 and gets worse over time until the age of 65. The lens of the eye loses its elasticity and is no longer able to focus light correctly on the retina, causing near objects to look blurry. Other symptoms may include headache, eyestrain, and fatigue. It is estimated that 1.8 billion people worldwide are presbyopic and this number will increase substantially as the millennial generation is nearing 40. 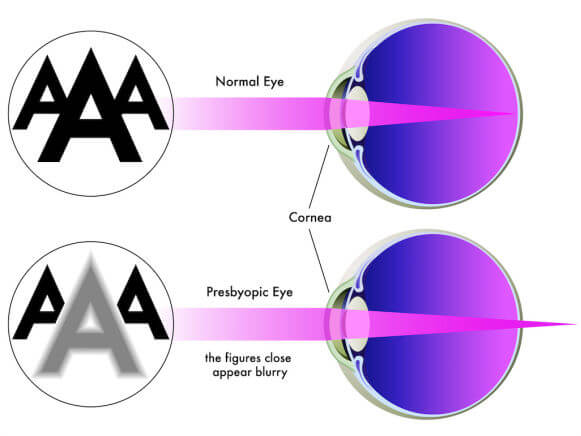 Since presbyopia is age-related, it can be a sensitive topic. People in this age group usually have an active lifestyle, aim to look and feel younger than their chronological age and spend a good part of their day interacting with digital media which requires good eyesight.

According to a survey published in the Ophthalmology Times of 1,339 respondents aged 40 – 55, more than 90% were frustrated or irritated with presbyopia as it disrupts everyday activities such as reading a menu in a restaurant, medication labels, price tags, and digital screens.

While about two-thirds of presbyopes do see an eye doctor about their condition, there are still many who are in denial and instead use workarounds such as magnifying glasses or increasing the font size or zoom level of their computer or phone screens. This may serve as a workaround at the office or at home, but most certainly not when driving.

About 15% of vehicular accidents can be attributed to driver perception errors. At just 50 km/h (31 mph), it may take an extra three seconds for a driver with poor vision to read a road sign or recognize a hazard. In these three seconds, the driver has covered a distance of 42 meters (138 feet), or about ten car lengths, which can make a big difference in a critical situation. In the case of presbyopia, the so-called eye-off-road time is another factor. Since it becomes increasingly hard for the eye to shift from far to near vision and back, the presbyopic driver has to keep his eyes off the road longer to look at the dashboard or the sat nav. Research suggests that one in five drivers is affected by poor vision and many of them are oblivious to the fact or choose to ignore it. There is a widespread lack of awareness of the role of vision in road safety, even among governments, road safety organizations, and automobile clubs, manifested in the fact that most countries do not require drivers to take regular eye tests from a certain age on.

The most common corrections for presbyopia are reading glasses, bifocal or multifocal glasses, or contacts. However, none of them are truly suitable for driving. With reading glasses on at all times, distance vision would be completely blurred. For bifocals, the instrument panel is too far away for near vision and too close for distance vision. As multifocal lenses are divided into three zones providing focusing ability in different ranges of vision, the driver can only see a certain distance in a certain sphere of his vision. This division of the lens can also cause optical reflection and diffusion. And lastly, the image quality of multifocal lenses is not sufficient for driving in the dark. 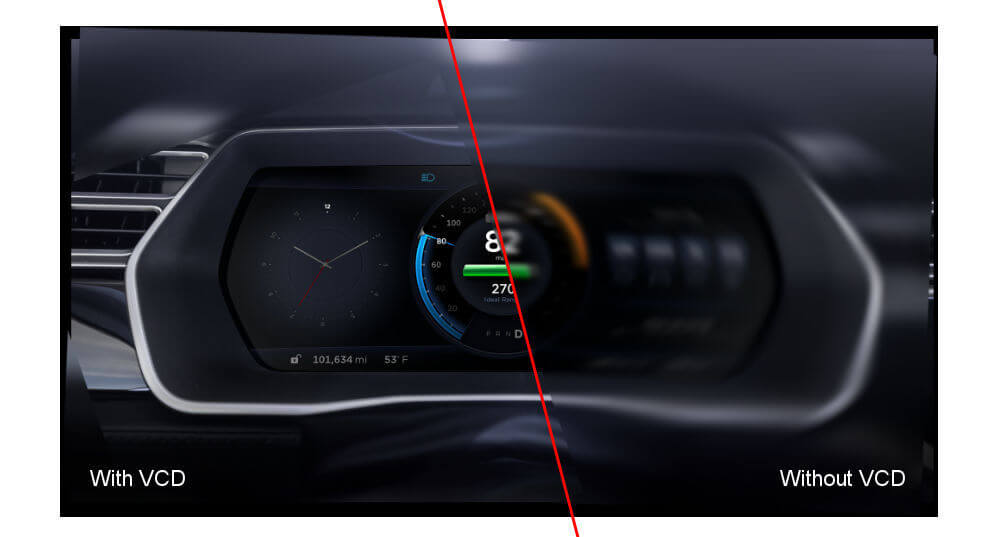 Beautiful Displays, If You Could Only Read Them

So, if presbyopia cannot be satisfactorily corrected for driving with optical aids, why not take the opposite approach and adapt the display to the eyesight of the driver?

Evolution Optiks Limited is doing just that and has developed a Vision Corrected Display (VCD) that adjusts instantaneously to the eyesight of any driver. The individual eye prescription is automatically transferred via Bluetooth from the driver’s smartphone to the vehicle. High-speed eye-tracking cameras capture the movement and rotation of the head to adjust the correction in real-time, while light rays are then projected precisely to form a sharp image exactly on the retina. The solution is based on a proprietary, dynamic light field technology and has been in development over the last eight years.

To establish the use case, Evolution Optiks Limited has conducted a study in collaboration with the Technical University of Munich, Germany. A survey of 498 respondents, divided by age, eye condition, and vehicle owned, showed that 68% over the age of 50 felt at least mildly restricted by presbyopia while driving and 57% experienced difficulties reading the speedometer. 68% of all participants rated the perceived utility of the VCD as very high or high.

Senior innovation managers at several high-end car manufacturers interviewed in the context of the study, who had seen the proof of concept of the VCD, found the technology very promising. They felt that it would add value, particularly in terms of safety and improving the driving experience, and customers would be willing to pay for it. While they acknowledged the VCD’s positive impact on road safety, they would like to see a more broad-based study on the topic, including tests in a controlled environment, a view shared by the director of research of a British road safety organization who was interviewed as well.

To raise the awareness of the correlation between presbyopia and road safety and to advance the technology toward manufacturing, Evolution Optiks Limited is looking to equip a vehicle with the VCD and make it available for test drives in Germany. While validating the solution, they are also deepening the dialogue with automotive suppliers and manufacturers and working to make the technology easy to implement and cost-efficient.

Initially, the VCD will be available as a safety/technology option in select car models, and eventually, it is anticipated to become standard or even mandatory, just as seatbelts did in the 1970s and 1980s. Safety is one of the most important aspects of driving today and buyers are increasingly selective towards brands and models which excel in this regard. According to the CDC, each year 1.35 million people are killed on roadways around the world. Crash injuries are estimated to be the eighth leading cause of death globally. It is estimated that fatal and non-fatal crash injuries will cost the world economy approximately 1.8 trillion dollars from 2015 – 2030.